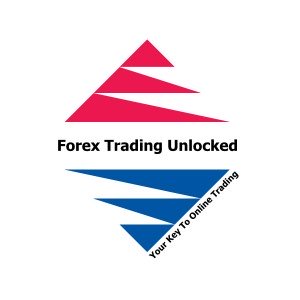 Fundamental Analysis is one of the most covered areas when it comes to forex trading. Just turn on any news channel. Now this does not mean that this is all that matters when considering what is going on in the currency markets.

The heart, or meat and potatoes of the subject is economic indicators. There are key economic releases that occur every month. Not only in one country, but rather, all around the world. So what does that mean? Well it is like this. The British Pound will most likely have activity on a day when the employment number for the month is released in England. This would also have a ripple affect on other currencies tied to the Pound.

Now, there will also be activity in the British Pound when the U.S. releases its employment report. Why? Because the British Pound and the U.S. Dollar are pegged to one another. The two countries trade with each other. And in turn, the exchange of goods, services, and currency occur. Therefore, the employment of one country will impact the national currency first. And secondly, the currencies of the countries that trade with the primary country.

There is a similar relationship in how all economic, governmental, and business releases affect the markets. It may seem overwhelming at first, but it is not. Try to absorb a little at a time. Then it will all become clear.

What are the key economic indicators for each major currency.

What does good / bad news for a country mean for a currency?

How does Gold, Stocks, and Interest Rates affect Fundamental Analysis?

Disclaimer Please read and study this disclaimer. Forex, Futures, Stocks, Options, and Binary Options trading has large potential rewards, but also large potential risk. You must be aware of the risks and be willing to accept them in order to invest in the forex, futures, stock, and options markets. Don't trade with money you can't afford to lose. This is neither a solicitation nor an offer to Buy/Sell forex, futures, stocks, or options. No representation is being made that any account will or is likely to achieve profits or losses similar to those discussed on this web site. The past performance of any trading system or methodology is not necessarily indicative of future results. CFTC RULE 4.41 - HYPOTHETICAL OR SIMULATED PERFORMANCE RESULTS HAVE CERTAIN LIMITATIONS. UNLIKE AN ACTUAL PERFORMANCE RECORD, SIMULATED RESULTS DO NOT REPRESENT ACTUAL TRADING. ALSO, SINCE THE TRADES HAVE NOT BEEN EXECUTED, THE RESULTS MAY HAVE UNDER-OR-OVER COMPENSATED FOR THE IMPACT, IF ANY, OF CERTAIN MARKET FACTORS, SUCH AS LACK OF LIQUIDITY. SIMULATED TRADING PROGRAMS IN GENERAL ARE ALSO SUBJECT TO THE FACT THAT THEY ARE DESIGNED WITH THE BENEFIT OF HINDSIGHT. NO REPRESENTATION IS BEING MADE THAT ANY ACCOUNT WILL OR IS LIKELY TO ACHIEVE PROFIT OR LOSSES SIMILAR TO THOSE SHOWN. All trades, patterns, charts, systems, etc., discussed in this presentation, the www.forex-trading-unlocked.com web site or the product materials are for illustrative purposes only and not to be construed as specific advisory recommendations. All ideas and material presented are entirely for educational purposes only, and do not necessarily reflect those of Forex Trading Unlocked Inc. The information on this website is provided solely for general education and information purposes and therefore should not be considered complete, precise, or current. Many of the matters discussed are subject to detailed rules, regulations, and statutory provisions which should be referred to for additional detail and are subject to changes that may not be reflected in the website information. No statement within the website should be construed as a recommendation to buy or sell a security or to provide investment advice. The inclusion of non-Forex Trading Unlocked Inc. advertisements on the website should not be construed as an endorsement or an indication of the value of any product, service, or website. The Terms and Conditions govern use of this website and use of this website will be deemed acceptance of those Terms and Conditions. Copyrite 2009-2020 Forex Trading Unlocked Inc.